A Night at the (Space) Opera

1980's Flash Gordon is like the best party you've never been to. 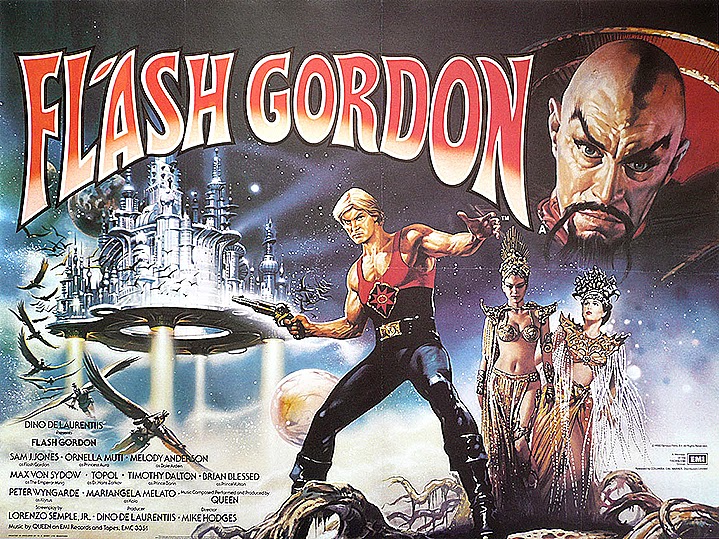 The host has just moved recently to the area. He had a lot of trouble with the neighbours initially, but they all seem to love him now.  To be honest, he's a little bit dim, (that must be what playing American football does for you), but he's always willing to see the best in people.  His partner is a New York City girl; she doesn't like things too quiet around here.

Their best friend is a clever man, apparently, for him everything IS rocket science, although it has to be questioned whether he's entirely sane or not. But he's nothing compared to the very loud guy with the huge beard and too many teeth, goosing everybody.  He's obviously the 'ice-breaker', making up for the rather stand-offish Errol Flynn-wannabe sipping martinis. There seems to have been some bad blood between these two in the past, but their hommies are mingling quite happily now.

A creepy older dude with outrageous facial hair who apparently used to be big in these parts still seems to look down on everyone else and speaks only to another unsavoury guest in a silvery party mask.  He's tolerated though, because he always brings his stunning daughter and can do a sensational party trick with the hostess.

There's no shortage of beautiful women seemingly (under) dressed for a Brazilian street carnival, little people, and a fair amount of weirdos too - but it all adds to the colour.
And the music, well the music is amazing...

I love this film, I'd watch it again at the slightest excuse.
But the first time I saw it, aged 15 and taking my science fiction terribly seriously, I hated it.
"They've desecrated a legend!" I wailed to my friends, who promptly recommended the early '80s equivalent of "pulling my head in" and suggested that my real issue was an insane jealousy of Sam J Jones's body.  That was me 'told', and as usual I was the last to 'get' something not immediately obvious.

Flash Gordon was never intended to be yet another po-faced  adaptation of a science fiction property propelled to the big screen by the success of Star Wars. Instead it was a Space Opera in the most literal sense, full of colour, camp, larger-than-life characters and glorious music taking centre stage.
And that's what brought me around - the soundtrack. 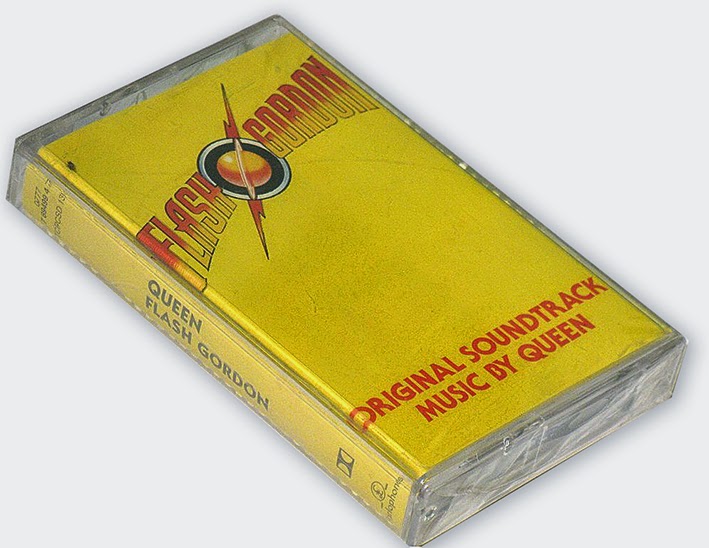 We were all already Queen fans, and the Flash Gordon soundtrack was probably the first album I ever bought (on cassette, of course).  There may be an actual term for soundtrack albums which also feature dialogue from a film, and this is one of the very best examples.  While I listened to the music (literally countless times) the performances, wit, sound effects and narrative were also seeping into my mind. To say nothing of the beautiful voices of Max Von Sydow, Peter Wyngarde, Topol, Mariangela Melato (General Kala) and others.  It was unintentional but very successful immersion therapy.

Of course, I wasn't doing director Mike Hodges' startling visuals justice, as I soon realised on later viewings.  While producer Dino de Laurentiis was convinced they were making a 'serious' film, Hodges knew Flash could only work with tongue planted firmly in cheek - but that didn't stop him researching his subject thoroughly. The title sequence brilliantly represents this attention to the source material, as do many of the sets, costumes and even camera angles, deliberately set up to echo original comic book frames.


I wasn't the only person to misunderstand this film on first viewing, many reviews of the time demonstrate no idea how to take this wry Euro-glitz amidst the deluge of US science fiction cinema vainly clawing for profundity and artistic merit.
Additionally,  a falling-out between Sam Jones's agent and de Laurentiis resulted in the film receiving little publicity in the US, which despite doing great business in Europe, stifled Flash Gordon's potential box office impact.

But analysing real-world cinema economics and studio politicing seems a universe away from the sound and colour-saturated spectacle which is Flash Gordon. It took me a while, but I'm glad I finally came to this party. In fact, I might never leave.


Ted: Ah, you know, Sam, there's only one way to end a perfect day.
Sam Jones: What's that?
Ted: Flash jump, let's end with the Flash jump!
Together: YEAH!' 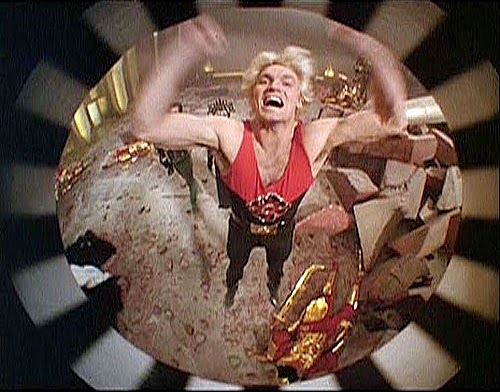 For Mark, Jont and Alan, who helped me finally see the light(ning bolt).