An astonishing prequel to the upcoming fiftieth anniversary special debuted last Friday, and now I’ve got some tidying up to do. 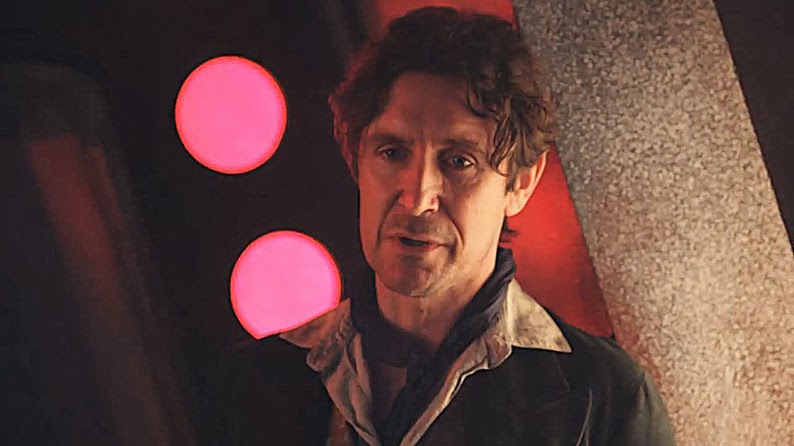 When I included the 'eighth-to-ninth Doctor' illustration in my last post, I intended it as a representation of ‘old’ (or at least twentieth century) Who being reborn as the ‘new series’.
The fact that Paul McGann’s brilliant, single-1996-appearance Doctor became Christopher Eccleston’s ‘vanguard of the new age of Who’ was taken for granted, completely unquestioned, even if we never had, and never would, see it.
But if you were to have asked me, and many other fans, what we most wanted for a fiftieth anniversary Doctor Who present, it would have been to see the eighth Doctor once more.
I would have been happy with a fleeting cameo, a flashback – even a voice-over would have been exciting enough, but the BBC remained resolutely silent on any possibility of us ever seeing McGann wielding a sonic screwdriver again. The actor himself had always expressed a great willingness to return, and this made the apparent ambivalence of the programme makers all the more disappointing.
So international Fandom collectively and loudly punched the air and ‘squee-ed’ when this happened last week: 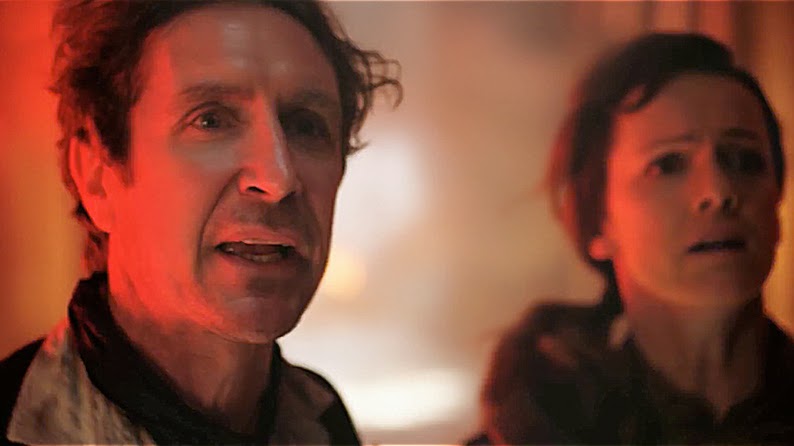 Not just a cameo – but almost seven minutes of the best scripting Steven Moffat has produced in quite some time, augmenting McGann’s pitch perfect performance with equally character-nailing wit, melancholy and charm. Suddenly, those who didn’t realise it already have ample evidence of what a fantastic Doctor McGann would have made, had he been allowed to continue back in the mid-nineties. 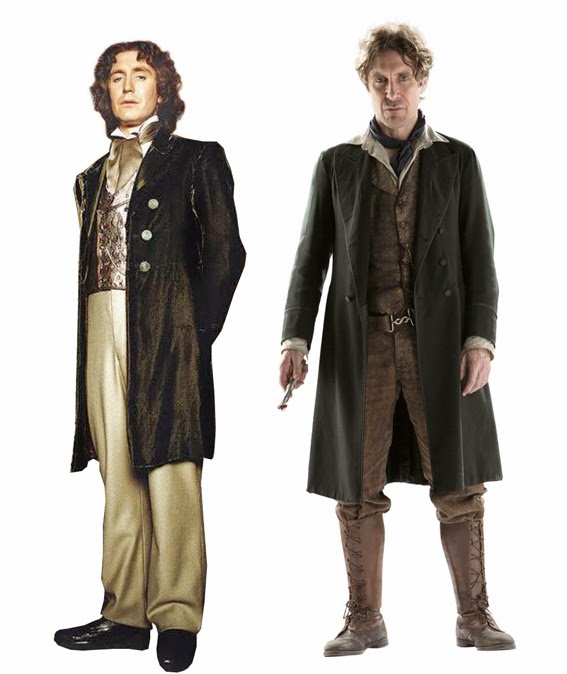 But in a bitter-sweet way we finally rejoin the eighth Doctor adventures only to witness his last few minutes of life, suddenly giving The Night of the Doctor huge significance in the greater continuity of the programme. 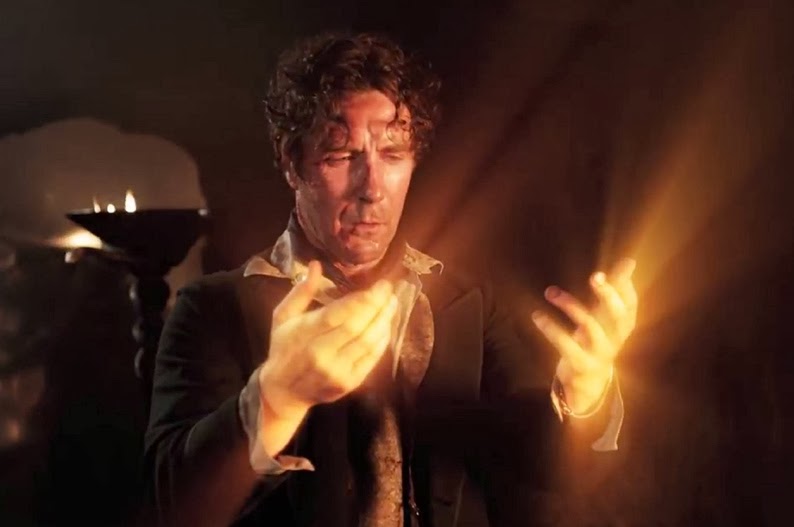 If all that wasn’t enough, questions ranging from the very beginning of the new series to the most recent climactic episode are addressed in a truly ‘never-saw-that-coming’, stunning way.  And then this happens:

The series itself this year was extremely variable, but between the brilliant casting of Peter Capaldi and now the impossible wish of seeing the eighth Doctor back in action again having been granted, the fiftieth anniversary of Doctor Who now finally seems as exciting as we always hoped it would be.
Posted by Al at 14:30